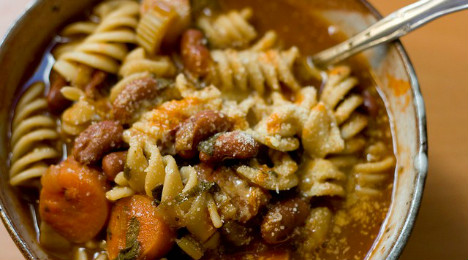 A police officer working at Genoa’s Principe station raised the alarm at lunchtime on Wednesday after spotting a pressure cooker by a disused platform.

Train traffic was at first reduced at then stopped completely, while road traffic was diverted and 40 people were evacuated from a nearby building. Gas, electricity and water supplies were also turned off, La Stampa reported.

With police officers and firefighters on hand, bomb disposal experts go the go-ahead just before 7.00pm to deactivate the suspected bomb. But after using a charge to open the top of the pressure cooker, they discovered it contained the leftovers of a minestrone soup.

On realizing there was no danger, traffic resumed and local residents were allowed to return to their homes.

Italy has in recent decades suffered devastating bomb attacks along its railways. One of the most deadly incidents happened on August 2nd 1980, when 85 people were killed in an explosion at Bologna train station.