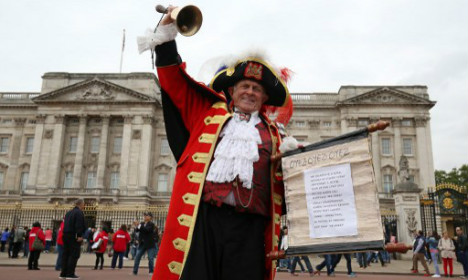 US tourists spent nearly a quarter of their holidays nights – 23.6 percent – in the UK, EU statistics agency Eurostat said. Italy fell to second place for American tourists, who spent 20.6 percent on their nights in the bel paese, followed by 14.8 percent in France.

But overall Italy proved the top destination for non-EU tourists in Europe, accounting for 17.5 percent of all nights spent in the 28-country bloc. The UK was the second-most popular country overall, with 13.9 percent, followed by Spain (13.5 percent).

Brazilians invested more of their time in Italy than any other non-Europeans, spending 23.2 percent of their EU holiday nights in the country.

The Japanese also appeared to adore Italy, making it their top destination and accounting for 21.5 percent of their overnight stays in Europe.

Chinese tourists weren’t far behind, spending lengthier holidays in Italy (21.4 percent of nights) than the UK (21.0 percent) and France (17.6 percent).