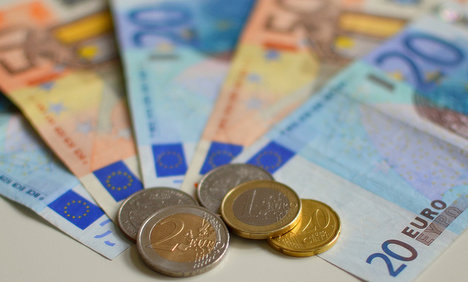 The report ranked Italy far behind its European neighbours, with the country finishing in a lowly 43rd place out of the 140 surveyed by the report – one place below Kazakhstan.

In spite of a generally strong performance by Italy, the bel paese was badly let down in some areas, which dragged down its overall score. It came in 139th position for burdensome red tape, 136th for public debt and 126th for labour market forces.

The report stated that Italy's low scores would make any recovery brittle, in spite of the fact that the Italian economy is forecast to return to growth this year.

Italy lagged far behind Switzerland, which was ranked the most competitive country for the seventh consecutive year, while Germany ranked fourth and the UK 10th.

But old gripes aside, It was not all bad news.

Overall, Italy moved up six places on last year and scored very highly for its domestic market, healthcare, primary education and its electrical and telecommunications infrastructure – which were all ranked among the top 30.

The report recommended that Italy “needs to continue implementing structural reforms to improve productivity, which remains low compared to other European countries.”

The report also highlighted the economic gulf between northern and southern Europe – as the map below shows.

The report stated that since the economic crisis began in 2007 the less competitive economies of southern Europe have struggled to return to pre-crisis levels.

“Over the past years, the more-competitive economies systematically outperformed the least competitive in terms of economic growth; they either withstood the crisis better or recovered more quickly. This suggests that competitiveness drives resilience, which is important in light of future potential shocks,” the report stated.