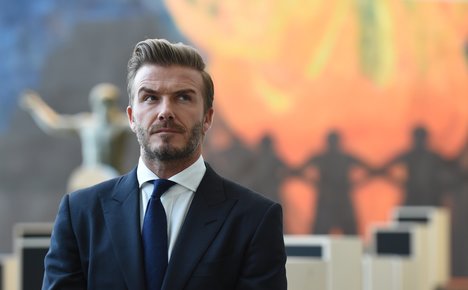 David Beckham dropped a clanger on Thursday by saying he hoped AC Milan would win the Champions League this year. Photo Timothy A. Clary/AFP

AC Milan, along with city rivals Inter, failed to qualify for any European competition this season and so are not involved in the Champions League or its poorer cousin, the Europa League.

Beckham, 40, reportedly made the blunder at the opening of a new Adidas store in Dubai, where he was asked who he would like to win the competition this season.

“I'm going to have to say Man Utd, PSG or AC Milan – one of those three,” said Beckham, who played the bulk of his career with Manchester United before enjoying spells at Real Madrid, LA Galaxy, Paris Saint-Germain and AC Milan.

A report on the sport daily's website said: “After leaving behind his playing career, 'Becks' must also have decided not to follow what's happening in the world of football so much.”