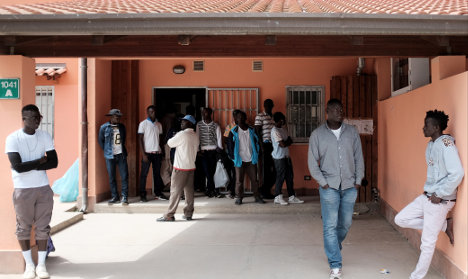 Citing EU sources, the Italian news agency said the intention is to complete the process before the next EU summit on October 15th.

EU interior ministers in September agreed to relocate a total 120,000 refugees from Italy and Greece across Europe. The agreement came amid deep divisions in Europe over how to handle the continent’s worst migration crisis in decades.

Italy and Greece have borne the brunt of the refugee crisis, and are establishing 'hot spots' to help them process asylum applications faster, in the wake of criticism from their EU partners.

Meanwhile, a camp on the Italian side of the Italy-France border was cleared on Wednesday as police evicted refugees who had called the area home since June.

Italian Interior Minister Angelino Alfano said on Wednesday that 130,000 migrants had arrived in Italy since the start of the year, 8,000 less than during the same period last year.

Most of the people had arrived by boat from Libya, with the majority being from Eritrea.

Some 98,000 are currently housed in state-run refugee centres.