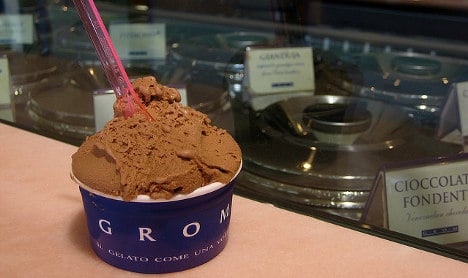 The Italian ice-cream chain Grom has been acquired by Unilever. Photo: Jeffrey Bray

If there’s one product that always has high demand in Italy, regardless of the weather, it’s ice-cream.

But the sector is also fiercely competitive, so anyone who attempts to set up a gelateria has to ensure their product is good enough to keep people coming back.

And that’s exactly what’s contributed to the success of Grom, which 12 years since opening its first shop in Turin, has now been bought by Unilever, the biggest ice-cream manufacturer in the world.

The artisanal ice-cream company, set up by Federico Grom and Guido Martinetti, aged 39 and 37, has thrived so much within that time that there are now 67 shops across Italy and worldwide, including in New York and Paris.

Unilever, which has Ben & Jerry's among its ice-cream portfolio, said the acquisition, details of which have not been disclosed, would help it to further capitalize on the growth of the premium ice-cream market.

“Grom consumers will continue to enjoy the same taste and flavours they have always loved, while Unilever's scale will give access to new markets, helping Grom to fuel growth,” the company said in a statement.

Grom might be under new ownership, but it will remain independent and will continue to be run by Grom and Martinetti from their headquarters in Turin. The company has a turnover of €30 million and employs 650 people.

The inspiration for the company came when Martinetti was reading a newspaper article back in 2002, which said that nobody in Italy makes “gelato like it used to be made”.

“Gelato like it used to be” then became the company’s slogan.