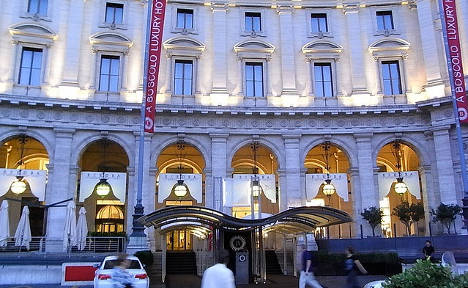 The 36-year-old fell from the window of the Boscolo Hotel in Piazza della Repubblica before landing on a second floor balcony, which faces an inner courtyard, on Sunday evening, Il Messaggero reported.

He was in the city on holiday with his wife, who was reportedly asleep when police officers went to the hotel room.

Some people in the hotel told investigators they heard “shouting, then a loud thud,” Il Messaggero reported.

The man was taken to Policlinico Umberto I hospital, where he is in intensive care. Citing hospital sources, the newspaper reported that he had been drinking.