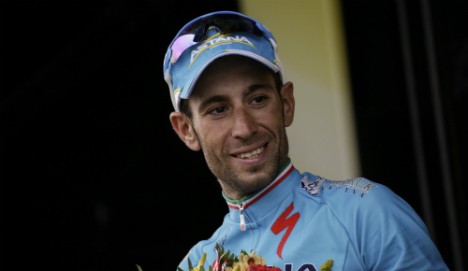 Cyclist Vincenzo Nibali was disqualified from the Tour of Spain after cheating. Photo: Kenzo Tribouillard/AFP

Speaking after his maiden victory in the Tour of Lombardy, the final classic 'monument' of the season, the Astana team leader and 2014 Tour de France winner admitted: “It was a serious mistake.”

Professional cyclists regularly bend the rules of the sport and race officials often turn a blind eye when they momentarily hold on to a team car, or cycle ferociously in the slipstream of a car in a bid to rejoin the peloton.

But Nibali's gesture in one of the sport's three major Tours was far too blatant to ignore.

Judges reviewed the evidence and decided to throw him off the race on August 23rd, causing the Italian champion to sit at home and contemplate a mistake that blackened an otherwise respectable career.

“For every cyclist there are happy times and there are other moments that are not so happy,” he added.

“The whole episode got me really angry. I wanted to get back on my bike to show what I was really made of. It gave me a whole new motivation.”

Nibali, known as 'Il Squalo (The Shark)' for his incisive attacks, knuckled down and the results started pouring in.

He finished second in the Coppa Agostoni, won the Coppa Bernocchi and Trois Vallees Varesiennes, and finished third in the Pantani Memorial as he ramped up his preparations for another, and finally successful, tilt at victory on the Tour of Lombardy.

Surprisingly, Nibali's victory on Sunday was the first by an Italian in a major classic since 2008, when Damiano Cunego won this same race.