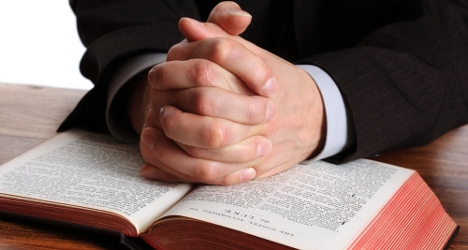 “It’s a place where they help you rediscover the right path. They wanted to cure me. I refused to go,” added Bonfante, who was allegedly dismissed by the Church for refusing.

Father Gianluigi Pastò, the 72-year-old priest in charge at Venturini, denied that the monastery catered for the treatment of gay priests, although in an interview with La Repubblica he did allude to the possibility that both gay and paedophile priests had stayed there in the past.

“At this moment in time we don’t have any gay priests or paedophile priests,” he said, while adding that Venturini was a place that helped “priests to become saints”.

He described suggestions that the monastery had housed both gay and paedophile priests as “absurd”.

“Priests instead come here for a period of training and personal reflection…of course, we are here to help all. Most of all, the priests who come here are suffering from depression.” He also said priests are not forced to go to the monastery, which was established in 1983 and houses around seven priests at a time.

Father Charamsa made the accusation during a ‘coming out’ speech in Rome on Saturday, a day before the Catholic Church Synod, a gathering of bishops intended to reshape the church’s teaching, got underway.

Flanked by his boyfriend, Charamsa told a news conference in Rome that he had felt compelled to speak out.

“I'm out of the closet and I'm very happy about that,” the 43-year-old said. “I want to be an advocate for all sexual minorities and their families who have suffered in silence.”

According to Charamsa, most Catholic priests have a homosexual orientation but are so consumed by self-hatred that they support the repression of their basic instincts and desire for love.

The Vatican hit back by saying “the decision to make such a pointed statement on the eve of the opening of the Synod appears very serious and irresponsible, since it aims to subject the Synod assembly to undue media pressure.”

But even before the Polish priest's initiative, Catholic attitudes to sexuality were dominating headlines.

The Vatican confirmed on Friday that Francis had hugged an old gay friend and met his partner during his recent visit to the United States.

The highly symbolic gesture, indicative of Francis's personally tolerant attitude towards gays, came a day before he met prominent gay marriage opponent Kim Davis – another private encounter in the US that the Vatican said did not indicate support for her stance.