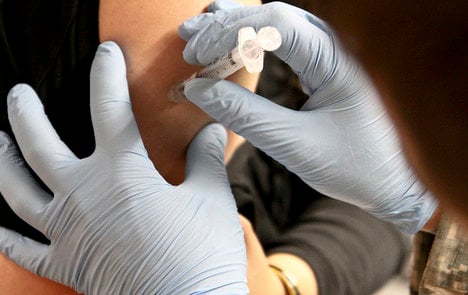 A 44-year-old woman died from meningitis in Prato on Monday.

Following the latest death, Stefania Saccardi, the regional healthcare councillor for Florence, renewed calls for Tuscans to get the meningococcal vaccination, which protects against both forms of the disease.

“It prevents the risk of contracting the disease and protects those vaccinated and those around them,” she said in a statement.

At present, the cause of the outbreak remains a mystery.

“We can't explain the outbreak of meningitis C in Tuscany – but we are working with health authorities to monitor the situation to find a response,” Saccardi said.

Following the first cases in September, Tuscany launched a huge vaccination drive mobilizing thousands of doctors who have so far vaccinated more than 150,000 people under the age of 45.

But amid healthcare concerns in Tuscany, the National Health Institute has expressed concerns over the drop in the number of children across Italy being vaccinated against various diseases.

In light of the figures the National Institute of Health told the newspaper that “forgotten” diseases could re-emerge across Italy if vaccination rates continued to fall.

PARTNER CONTENT
European healthcare: how does your country rank?
Url copied to clipboard!