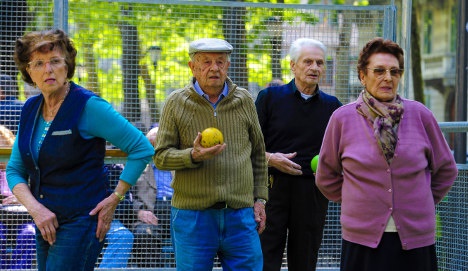 Immigrants in Italy help pay the pensions of 620,000 people through the billions they contribute each year to the welfare system. Photo: Shutterstock

In 2013, the country’s predominantly working-age foreigners paid €10.2 billion towards the welfare system, the study by the Venice-based Leone Moressa Foundation said.

The number of permanent foreign residents in Italy has doubled to five million over the last decade, and is forecast to exceed eight million over the next 10 years as migrants continue to arrive, according to figures from Istat, the national statistics agency.

Italy’s foreigners, who work mostly in the services sector, also injected €125 billion into Italy’s economy in 2014.

With one in 10 Italians being over the age of 75, the contributions from the foreign working population of 2.3 million are helping to prop-up Italy’s state pension system.

Italy is also grappling with a low birth rate – in 2014, fewer babies were born than in any year since the modern Italian state was formed in 1861.

“Over the coming decades, the Italian population is destined to grow older, while the number of foreigners at working age will increase,” the report said, adding that the foreign taxpayers also help support other areas of the welfare system, including healthcare.

Foreign workers tend to earn far less than their Italian counterparts, the study said, with their average annual salary being €13,180. Business-savvy immigrants also own more than 632,000 of Italy’s companies.