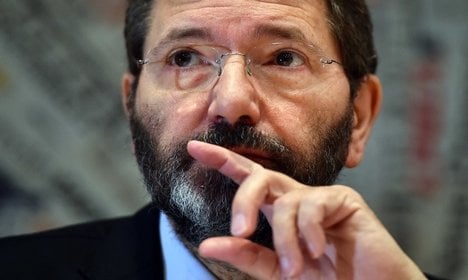 His continual refusal to confirm his resignation is increasingly becoming a worry for the party, and could plunge the capital into political chaos should the mayor try and remain in office by rescinding his resignation before the November 2nd deadline.

There is no love lost between Marino and his colleagues within the PD, who have refused to back him during a number of high profile scandals that have marred his time in office.

Commentators suggest the 19 Roman PD councillors could either team up with opposition councillors to pass a 'no confidence' vote to oust their own mayor, or they could resign en-mass and topple Marino.

Either scenario risks splitting the ranks among the PD councilors.

As the situation drags on, it risks becoming highly embarrassing for the party, while opposition parties have already seized upon the chaos.

Speaking to Il Sole 24 Ore, Matteo Salvini, the leader of the far-right Northern League jumped upon the political turbulence engulfing the city.

“I'm sorry for the Romans, they have a comedy mayor, a comedy party and a disastrous city – I hope he steps down,” he said.

Marino handed in his resignation on October 12th over a dinner expenses scandal but he later proved his innocence to prosecutors.

Italian law stipulates that mayors who resign have 20 days to reconsider their decision, leaving Marino six days to make up his mind.

However, since prosecutors decided not to investigate the so-called 'dinnergate' scandal, Marino has been in an increasingly confident mood and is expected to succeed in fulfilling one of his key electoral promises by pedestrianizing the Colosseum and Torjan forum later today.

“I am feeling good,” he cryptically told reporters when asked to confirm or deny his resignation on Monday evening.

On Sunday, hundreds of his fans gathered outside the mayor's office in Piazza Del Campidoglio to show their support.

“You're asking me to rethink my resignation and I will consider it – I won't let you down,” La Repubblica reported him as saying. “We're realists and we want the impossible,” he added, quoting Che Guevarra.