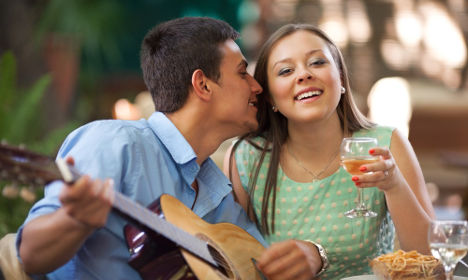 An Italian woman is in a serious condition after falling down the stairs as her lover sang to her. Photo: Shutterstock

The incident took place on Monday evening in Villa Castelli, a town near Brindisi in Puglia, when the woman's future husband showed up outside her home and began a heartwarming serenade, Quotidiano di Puglia reported.

The pair were due to tie the knot in a few days and the excited groom decided he wanted to share his joy with his bride.

As the wooed young bride heard her lover sing, she ran down the stairs to greet him, but suddenly lost her footing and fell down the stairs, sustaining serious head injuries in the fall.

The woman's family ran to her aid and called an ambulance. She was taken to hospital in Taranto suffering from cranial trauma.

Medics have given the woman a guarded prognosis and for now at least, the wedding has been cancelled.