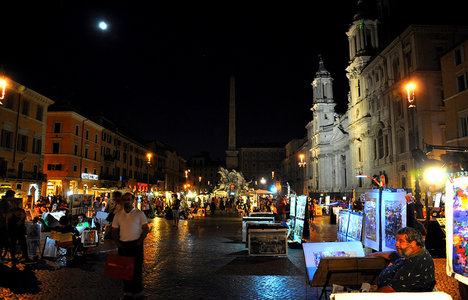 What's on in Italy this November? Photo: Tim Milkins/Flickr

When? Until November 26th
How much? From €35
What? The annual event aims to provide a synthesis of the best in current jazz music. It is considered the oldest music festival dedicated to Italian jazz, with the festival incorporating performances from famous musicians and students of the University of Bologna.

Spanning a month of concerts, conferences and master classes, it also showcases the international jazz scene, giving you a full immersion into the music genre.

When? November 5th-10th
How much? From €35
What? Founded in 1992, the Merano Wine Festival in South Tyrol offers an exclusive chance for the public to sample wines selected solely for their high quality. Inspired by a trip to Bordeaux in 1989, Helmuth Köcher created the festival after falling in love with French wines.

Now, the festival director selects products from over 300 wineries from around the world, all aspiring to attain the Merano Wine Award. When? November 7th -January 2016
How much? Free
What? The Luci D’Artista will cover the streets of Salerno with lights that go beyond the usual Christmas illuminations. The urban light installations are the work of contemporary artists and this year’s theme is “forest”.

The Campania city will be illuminated with fairy tale characters, enchanted gardens and mythical dragons. The unparalleled atmosphere might just put you in a festive mood…

All Saints and All Souls Day – nationwide

When? November 1st and 2nd
How much? Free
What? All Saints Day is both a religious and public holiday in Italy. It is a day when people visit family and friends and exchange gifts and good will with one another. If Italians have the same name as a saint, it is a special day for them too.

On All Souls Day, people take flowers to cemeteries to honour their relatives who have passed away.

Over these widely celebrated two days, you’ll also find music and cultural festivals, truffle fairs and a host of events that mark the start of the performing arts season. Different regions will have varying ways of celebrating the day – so there's bound to be something going on near you. When? November 21st-29th
How much? Free
What? Cremona, in Lombardy, is once again ready to welcome nougat of all types, shapes and flavours, from all parts of Italy, for one of the most anticipated culinary events in the country.

Hundreds of stalls along the streets will be covered with nougat, celebrating the sweet in the most original ways, including recipes with pistachio, chocolate, coffee, limoncello and imaginative savoury recipes, – all celebrating the art of nougat prepared with natural ingredients of the highest quality.

When? November 20th – 28th
How much? €5-€80
What? Dating back to 1982, the Turin Film Festival is the second largest film festival in Italy after Venice's. This year screenings will include 'Frastuono' by Davide Maldi, 'Eat Your Bones' by Jean-Charles Hue and 'N-Capace' by Eleonora Danco. When? 28th October 2015 – 14th February 2016
How much? €13.50 (children) – €55 (two adults and three children)
What? Artist Nathan Sawaya has created 85 extraordinary sculptures made with over one million lego bricks. The sculptures on display include a globe, a giant pencil, a musical note and a dragon.

“The Art Of The Brick” was judged as one of the best contemporary exhibitions by the international press and CNN put it in their top ten list of things to see.

When? 19th – 22nd November
How much? €12-€21
What? EICMA is Europe's largest motorcycle trade fair. Frequently used by manufacturers to present new models, this event is perfect for those with a passion for motorcycles. The so-called “two-wheel sector” is of high importance in Italy, and EICMA prides itself on its excellence, making this event a must-see.

When? 11th November
How much? Free
What? November 11th marks Saint Martin's Day. He was the Bishop of Tours and also the patron saint of wine makers. His story comes from an episode when he met a poor man and had nothing to offer him except his cloak. Immediately after this gesture the weather changed from cold and rainy to warm and sunny, hence the Italian phrase 'San Martino summer', meaning an Indian Summer.

In Venice you can find Torta di San Martino, a cake shaped like the Saint on horseback and covered with icing sugar and colourful pastry decorations. In Sicily, they do a special bread called 'La Muffuletta di San Martino', a soft round bread batch covered with sesame seeds and filled with salami and cheeses, or even anchovies. Many towns will also put on folk music performances to celebrate this event. When? October 11th – November 15th
How much? €3
What? Every year foodies from around the world gather for this Italian gem in Piedmont. Showcasing the best truffles which are available for purchase or just to look at, the fair is also attended by sellers of local pastries, cheese, egg pastas and meats.

If you’re looking to buy some produce, or just want to take in the rich aroma, then make sure to be in Alba before November 15th. 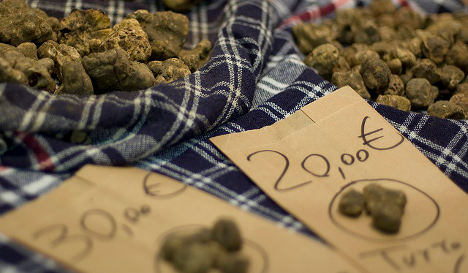 FESTIVALS
What’s on in Italy: ten things to do in November
Url copied to clipboard!