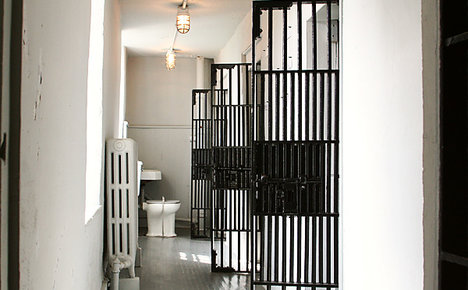 Italy is mulling a bill that would give inmates conjugal rights. Photo: Theguantvermin/Flickr

The bill aims at granting prisoners a legal 'right to intimacy' and wants to see the creation of so-called 'love rooms' inside Italian prisons – places inmates could receive conjugal visits from spouses, partners and even acquaintances, Il Fatto Quotidiano reported.

The proposed legislation states such rooms would be “designated spaces made for the specific purpose of intimacy without video or audio surveillance”.

Under the new regulations, inmates would be allowed one visit of between six and 24 hours each month.

The legislation was put forward by Democratic Party MP for Padua, Alessandro Zan, and has been signed by 20 other MPs. It will now begin its legislative journey at a justice committee in the Italian parliament on Wednesday.

Inmates at a maximum security in Padua and their partners will speak to committee members about their experiences of being in a relationship with somebody behind bars.

Conjugal visits are a legal right for prisoners in many other European countries including Germany, Denmark and Spain, where every six to eight weeks prisoners can arrange a visit from a loved one.

Prisoners and their partners have access to private rooms with a freshly made bed, condoms, showers and clean towels.

But inmates in other countries, notably the US and UK, have no guaranteed right to a conjugal visit, something critics say prevents them from rehabilitating themselves fully, affects their family relationships and encourages sexual violence within jails.

“We live in a civilized country and our prisons should be a punishment, but they shouldn't be barbaric. What's at stake here is human dignity,” Zan told Il Messaggero.

But not everybody was happy about the new proposals, not least politicians from the far-right Northern League party, who have voiced their strong opposition to the bill.

“This is just the latest madness from the PD, jails turned into brothels!” Northern League MP Nicola Molteni wrote on Facebook.