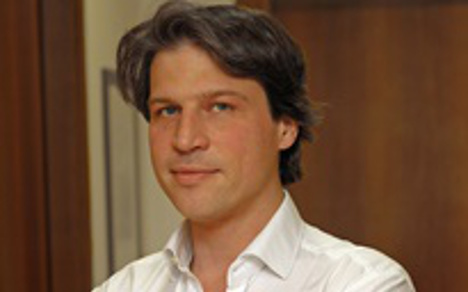 BeMyEye provides brands and retailers with real-world analytics from the points of sale. The company leverages on a widespread network of 120,000 on-demand workers, who can perform audits, mystery shopping, interviews and collect sales leads on thousands of locations, all in a few days, minimizing travel expenses.The company, headquartered in Italy, has grown in 24 months from a startup to an established business with 33 employees and four subsidiaries in UK, France, Spain and Germany.

What was the inspiration behind the company?

I used to own a small company producing olive oil and other specialty food. In 2010, I organized a promotion with a retailer and needed to check if the promotion was correctly displayed in all stores.

I called a traditional market research agency to arrange for someone to visit the stores, but received a very expensive quote. I thought to myself: “All this complication when it would have been so easy if I could get in contact with someone in the area with a smartphone to take pictures.”

After realizing that such a service did not exist, I filed a US patent provisional application and started gathering all the resources. The company was founded in Milan in 2011 thanks to the funds received by 360 Capital Partners, one of the main venture capital firms operating in Italy. The service entered the trial stage at the end of 2012 and has been commercially active since 2013. In 2015, four subsidiaries were opened in the UK, France, Spain and Germany. What challenges did you face in creating a startup in Italy?

There were difficulties in accessing funding. Moreover, several bureaucratic fulfillments have taken up an important slice of the staff’s time.

How many people do you employ?

What percentage of the team are not from Italy?

Twenty five percent of the team (eight people) are based in the foreign subsidiaries.

Who are your main clients?

BeMyEye has more than 100 customers including major brands of consumer packaged goods (CPG) companies, modern trade retailers, telephony and consumer electronics, which use our workforce to measure and optimize their presence in supermarkets, traditional shops, bars, pharmacies, petrol stations and much more.

What is the company's goal?

We aim to become the leader in “mobile crowdsourcing”.

What is your average annual revenue?

Are there plans to expand further?

What advice would you give to any young people wanting to set up a startup in Italy?

Be ambitious. Startups are not meant to become nice little businesses but huge disruptors with very high growth rates. Focus on one simple thing, a “minimum viable product”, and try to get relevant traction within a few months. Try to bootstrap or back your venture by finding an investor who provides financial backing for small startups or entrepreneurs, and as soon as you have traction look for venture capital in London.

Which sectors do you think would benefit from more startups at the moment?

I believe there are several opportunities in B2B (business-to-business) services. Especially in “software as a service” and “data as a service” models. Several processes in company organization are still managed the same way they were 50 years ago, while the innovation brought by smartphones and the web can greatly improve a company’s productivity.