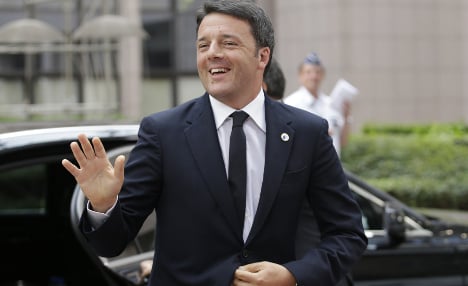 The growth is being driven by low oil prices and domestic demand, while there has also been an improvement in credit conditions and consumption levels, the EC said in its latest European Economic Forecast.

The weaker euro at the start of the year helped pull the country out of its longest recession since the Second World War, while the government’s controversial labour reforms, which came into play in March, have contributed to a declining unemployment rate.

“A three-year social contribution exemption for new permanent hires made in 2015 supported the increase in headcount employment seen in the first half of the year,” the EC said.

However, it warned against the risks to the Italian economy of a slowdown in global demand.

Italy’s deficit is also projected to decline to 2.6 percent of GDP (from 3.0 percent in 2014), “supported by a further drop in interest expenditure and a marginally higher primary surplus stemming from positive economic growth.”

Meanwhile, analysts at the Hamburg-based Berenberg Bank said in a note earlier this week that “the award for the most improved major economy goes to Italy.”

Along with the labour reforms, they attributed the return to growth to the end of austerity measures as well as the streamlining of administrative and judicial procedures

“Having exited a painful triple-dip at the end of 2014, Italy could well accelerate to growth rates of 1.2 percent of more over the next few years,” they wrote.

In response to the latest EC data, Renzi wrote on his Facebook page on Thursday:

“The fact that the dictatorship of 0.something [GDP rises] is over is not a success for the government, it's a milestone for Italy. The positive data about our economy multiplies day after day and in Europe the attitude towards us is changing too.”