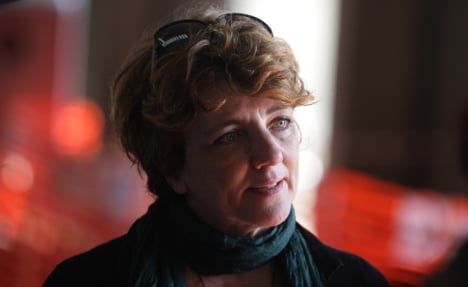 Putting names to those who die while crossing the Mediterranean to Europe is a huge challenge for forensic scientists, with clues sometimes limited to no more than a scar or a solitary tattoo.

Cristina Cattaneo and her team pull on sanitary gloves, robes and masks and transfer from refrigerated lorry to autopsy table the latest bodies to be recovered from an April shipwreck in which 800 people are believed to have died.

“We have to do everything possible to give back names and surnames to these people,” said Cattaneo, head of the Labanof Forensic Pathology Laboratory, which specializes in identifying decomposed, burned or mutilated remains.

Since the first large-scale migrant wrecks off Lampedusa in 2013, Italy has been looking at ways to establish the names of all those who perish while fleeing war, poverty or persecution in Africa, the Middle East or South Asia.

It is a Herculean task: there are no passenger lists on crossings organized by traffickers, documents are quickly destroy in water and many people are not reported missing because relatives fear repercussions from oppressive governments.

Yet Italian pathologists examine one grey, bloated face after another in the hope of giving each of them a back story.

And with at least 3,440 deaths already this year on sea crossings to Europe, other frontline countries like Greece, Spain and Malta are taking notes.

“This is one of the most complex mass disasters in the history of forensic science,” said Cattaneo, as her team begins work in refrigerated tents in a hangar on the Melilli Nato base in Sicily, where they examine some 20 bodies a day.

“It's a gesture of respect for human dignity,” she said. “It has been shown that not knowing, leaving relatives of people probably dead in limbo, is comparable to torture.”

Cattaneo was called in by Italy's missing person prefect Vittorio Piscitelli, whose ambition is to create a European database where DNA and other distinguishing features can be catalogued, allowing relatives in other EU countries or family members back home to find their dead.

A DNA test is only useful if close relatives can travel to Italy or send in their own samples for matching – not an option for many.

So the Labanof team photographs features such as “the dental arch, forehead, earlobes, scars, any artificial limbs” tattoos or piercings, which are collected in an album to be shown to those looking for someone, Piscitelli said.

“We've already managed to identify 28 people this way, showing the album to people who travelled here from Germany, Switzerland, France,” he said, adding that they hope to reach many others through the International Commission on Missing Persons (ICMP).

The ICMP made its name by identifying over two-thirds of some 40,000 missing people from the 1990s Balkan wars. It has since worked with victims of natural disasters such as Thailand's 2004 tsunami or Hurricane Katrina.

It has offered to help Rome spread the word about the album, provide DNA swab kits which can be sent to Italy to be tested for a match, and repatriate bodies once they are identified.

Piscitelli has also appealed to embassies, consulates and humanitarian agencies such as the International Committee for the Red Cross for support.

On the other side of Sicily, Palermo's anti-mafia squad has set up its own version of the album with photographs of objects recovered from corpses brought ashore here – many of them the victims of mass suffocations in the holds of crammed boats.

The originals are kept in the vault: necklaces, passport photographs, pocket-sized Korans, mobile phones, 100 dollar and €50 banknotes, stored forlornly in plastic pockets which give off the cloying odour of putrefaction.

“Those poor victims after many days at sea arrived in absolutely indescribable conditions, they were unrecognisable, their faces disfigured by the advanced state of decay,” said homicide department chief Carmine Mosca.

“Even those who had travelled with them, friends or family, could not recognize them,” he said, adding that word of mouth helped draw relatives here.

“Some were identified thanks to the last numbers they dialled, or numbers written on paper, or even inside clothing, in the waistband of jeans,” he added.

Creating a European databank where such identifying elements can be pooled will not be easy, with resources directed to migrant survivors rather than the dead.

But Piscitelli and Cattaneo are determined to see the protocol copied in every country and overseen by a European body. “The numbers may be small so far, but we've shown it works,” Cattaneo said.