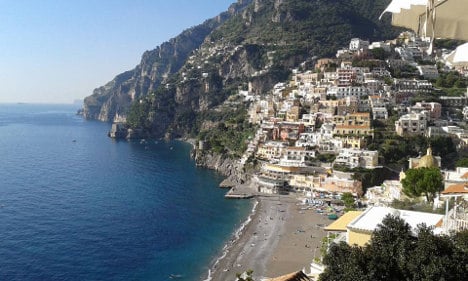 People fled to the beach at Positano, Amalfi, over the weekend. Photo: Angela Giuffrida

A huge anticyclone over Europe is heralding a glorious Indian summer across the Italian peninsular.

Hardy Italians and tourists have even been spotted taking dips at the seaside.

The high pressure brought by the anticyclone is favouring the formation of fog – especially in the north east and across the low-lying Tuscan plains.

The sunny and stable weather will last for ten more days, with meteorologists saying it should be enjoyed while it lasts.

Current predictions will see a dramatic change in weather patterns nationwide on November 20th, when icy air from Russia is set to bring nighttime temperatures down to near zero or below across the country.