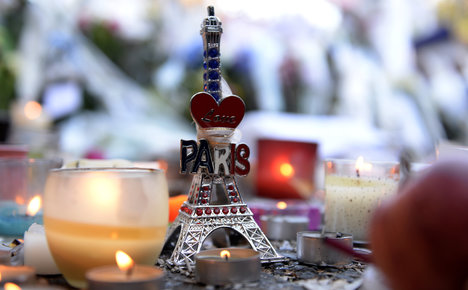 Valeria Solesin, a 28-year-old student from Venice, had not been seen since Friday night's attack on the Bataclan nightclub.

“Our daughter is dead,” her father Alberto told reporters outside the Solesin family home in the historic centre of Venice.

“We're certain of it and are just waiting for official bureaucratic confirmation.”

According to news agency AGI, the Italian Embassy in Paris telephoned Solesin's parents in Venice late on Saturday night to inform them her body had been found among the dead. The news has not yet been confirmed by the Italian Foreign Ministry.

As reports of Solesin's death started to circulate on Sunday morning, Mayor of Venice, Luigi Brugnaro, tweeted his condolences.

“I offer the most sincere condolences on behalf of myself and the city of Venice,” he wrote.

Tributes also poured in from others to have known Valeria including Cecilia Strada of Italian medical charity Emergency, for whom Solesin had volunteered for many years.

“A fantastic girl was among the victims of the Paris massacre, for years a volunteer with Emergency. Love to her family, Godspeed Valeria,” Strada wrote.

Solesin had been living in Paris for the last four years after she had won a grant to complete a doctorate in demographics at the University of Paris 1.

On Friday night she was among those held hostage inside the Bataclan concert hall with three other Italian friends.

Solesin was with her boyfriend, Andrea Ravagnan, and his sister, both from Trento, as well as Ravagnan's sister's boyfriend, from Verona.  All  three managed to escape to safety.

On Saturday her friends launched a desperate appeal on social media in the hope that she had made it out of the club alive.