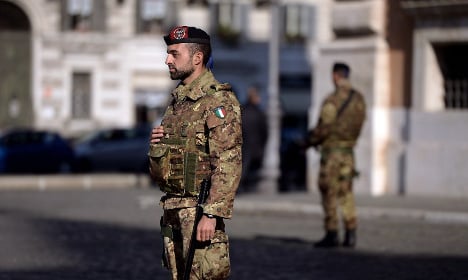 For over a year, Italy has received persistent threats from the Isis militant group, particularly against symbolic targets such as the Vatican.

Those threats started to be taken far more seriously in January, after the deadly attacks at the offices of the satirical magazine, Charlie Hebdo, in Paris, and even more so since Friday's attacks in the French capital.

Just hours after the indiscriminate killings, Isis supporters took to Twitter to gloat about the atrocity, claiming that “London, Washington DC and Rome” were next on the list.

Since then Italy has been on extra high alert: 700 more soldiers have been deployed to patrol the streets, while security at borders, airports and areas deemed vulnerable has been tightened.

All this comes just a week after Italy announced a swoop on a jihadist network, which included an arrest in the northern city of Merano.

Despite the threats, Italy has so far remained safe, and on Saturday, premier Matteo Renzi told a press conference that the country would support France in its efforts to defeat Isis.

“Like all Italians, I know that the terrorists won't win,” Renzi declared.

However, there are worries that the government's efforts are not enough to keep the country safe from jihadists, especially following deep cuts to its military and defence budgets in recent years.

So what will protect Italy against terrorists? The mafia, at least in the organized crime group's southern strongholds, according to an ex-secret services agent.

In an interview with the magazine Panorama, the ex-agent, known by the code name Edera, said: “The presence of the criminal organizations which control the territory will not allow terrorists to permeate their zones.”

This stance seems surprising; after all, the migrant boats which some in Italy have claimed could be infiltrated by terrorists arrive mostly in Sicily, and particularly the island of Lampedusa. (This link is disputed by those who point to the fact that most attacks in Europe have been carried out by homegrown terrorists).

He also pointed out that both so-called ‘lone wolf’ attackers and organized terrorist cells tend to avoid attacking large, well-known monuments. Instead, they target public places with no police presence, choosing the time and location of the attacks seemingly at random – which makes it almost impossible for authorities to protect every possible target. The Bataclan concert hall and the restaurants and bars targeted in the Paris attacks are perfect examples.

Andrea Di Nicola, an assistant professor in criminology at the University of Trento, admitted that the mafia could well deter terrorists.

“Terrorists will always check out any territory before attacks,” he told The Local.

“Unfortunately, the mafia does control territory in Italy, it has power.”

The power and reach of the organization – or rather, the many different organizations across the south – must not be underestimated. Moreover, they are not restricted by the legal and moral difficulties democratic governments face when trying to enter the fight against terrorism. Mafia bosses are known for their ruthlessness, and this is likely to scare Isis fighters.

That's not to say that Italian authorities would or should consider actively cooperating with the mafia. Di Nicola said he “totally disagrees” with the idea that Italy should in any way cooperate with the mafia.

“There are many more cons, and whatever the effectiveness, we must not be blind because of fear. We must keep in mind that organized crime in Italy has killed many more people than terrorism across all of Europe; democracy must not collaborate with terrorism.”

“Even if the hypothesis may be correct, it is counterproductive,” he added. Collaboration with the criminal underworld has a precedent: in 1943, the US allegedly used mafia boss Charlie ‘Lucky’ Luciano to assist with the Allied invasion of Sicily, aiming to destroy Benito Mussolini’s regime.

But Di Nicola argued that the two situations are “not comparable”.

“That was a huge war with millions killed, and they used the mafia to help with intelligence. Using the mafia today would give power to terrorists. If we want freedom, we cannot support organized crime.”

“We have fought for certain rights and liberties,” he continued, adding that collaborating with the mafia would be disrespectful to those who lost their lives fighting organized crime.”

Whatever efforts the mafia make, for their own reasons, to keep Isis out, di Nicola says they won't get any support from the Italian government. They wouldn't agree to give funding or support to criminals, much less release mobsters from jail in order to fight Isis. Instead, he said the government must “carry on doing what it's doing”.

“Terrorists want us to lose our rationality. Having effective intelligence services is key; we need to look at it from the point of view of prevention.”

Di Nicola also pointed to the fact that most of the terrorists involved in the Paris attacks were born in France.

“The problem is bigger,” he added.

“You cannot win everything like a war; we can win with integration, by welcoming, by not losing our heads.

“It's also connected to the problem of migration, so we can win with policies which have nothing to do with repression. We can win with integration, with building relationships with other cultures.” 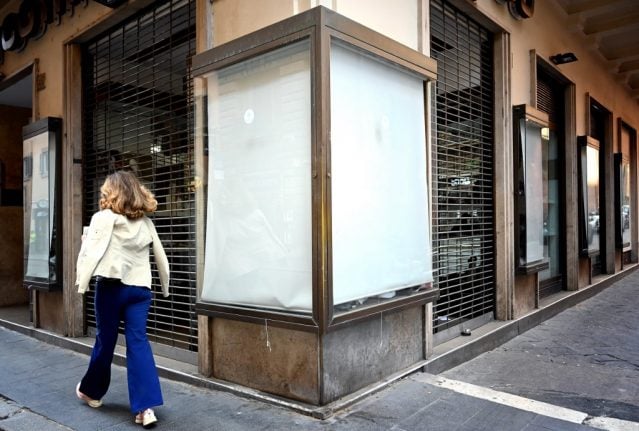 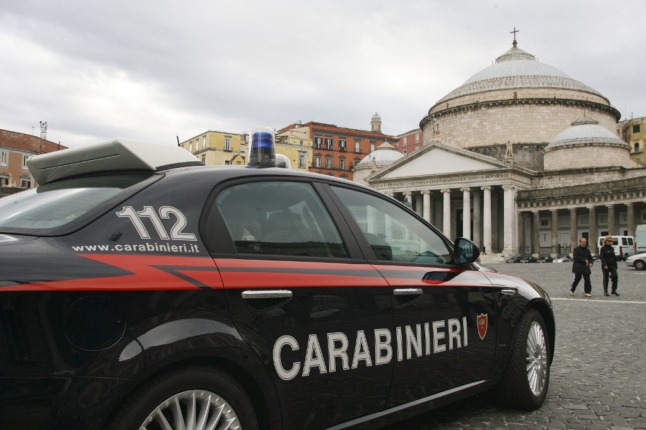