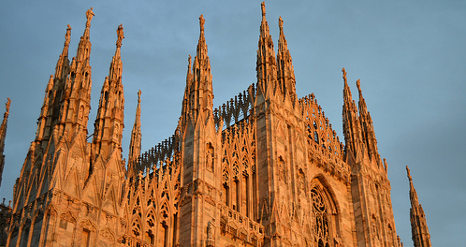 Saint Peter's Square, Milan's Duomo cathedral and its famous Scala opera house were among possible targets flagged by the Federal Bureau of Investigation, which also passed on information on five potentially dangerous individuals in Italy, according to the reports.

The information did not include details about any specific plots, they said.

Italy stepped up security in the aftermath of last week's Paris attacks, with the Vatican and Rome in particular seen as potential targets for Islamist militants.

The Isis group's propaganda outlets have threatened the home of the Catholic Church, though Italian officials say they have never received evidence of a credible, specific plot to bomb the Italian capital or the Holy See.

Bomb disposal experts were called to the United States embassy in Rome on Wednesday, shutting off the entire street near the city centre for an hour after a suspicious bag was spotted outside the building, Corriere della Sera said.