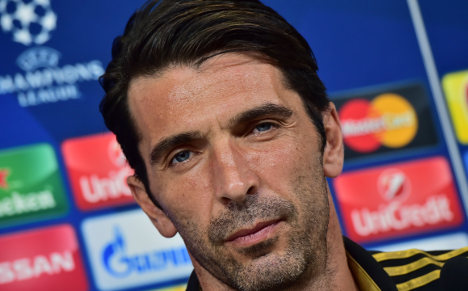 Buffon, whose performances at the 2006 World Cup helped Italy to their fourth triumph in the competition, made his Serie A debut on November 19, 1995.

From keeping a clean sheet for Parma against what was then a fearsome AC Milan side, Buffon has gone on to make 565 appearances in Italy's top flight and been capped 154 times by his country.

Bayern Munich and Germany shot-stopper Manuel Neuer is among Buffon's many admirers.

“Gigi is one of the best goalkeepers in the world and has always been someone I looked up to. It's fantastic he's still playing at his age,” Neuer told La Gazzetta dello Sport.

“I like him because he's a nice guy who has lots of charisma. Even when I was younger, when we played against each other he always came to talk to me before or after the game.”

“Buffon's personality sets him aside. His presence and leadership has a huge influence on the rest of the team and has helped his team to victory hundreds of times.”

Buffon joined Parma's youth set-up as a 13-year-old, but had it not been for Cameroon's performances at the 1990 World Cup he might have remained a midfielder.

“When I was young I liked to be in the thick of the action, and to score goals,” he explained.

At Parma, Buffon played in several positions before Thomas N'Kono's performances for Cameroon in 1990 inspired Buffon to grab his first pair of goalkeeping gloves.

Former Italy goalkeeper Luca Marchegiani said Buffon's stop from a Weah cross into the area, which the 'keeper intercepted with a diving header, left an indelible mark.

“What astonished me was his debut. Not just because he was only 17 years old, but for the header he produced to stop Weah,” said Marchegiani.

During a six-year spell at Parma, Buffon made 169 appearances for the 1995 Uefa Cup winners, helping the 'Duchy Men' punch well above their weight in Italy and Europe.

In 1999 a Parma team boasting Lilian Thuram, Fabio Cannavaro and Hernan Crespo were crowned Italian Cup winners, won their second UEFA Cup and beat AC Milan 2-1 at the San Siro to claim their first and only Italian Super Cup.

In the summer of 2001, Buffon rejected the possibility of joining Roma or Barcelona to join Juventus for a world-record transfer fee for a goalkeeper of 100 billion lire (€51,645,690).

Buffon's ambition to have the league champions' 'scudetto' (shield) embroidered on his club shirt was achieved eight times in 14 seasons with the Turin giants, although two titles from the 2005 and 2006 campaigns were stripped from Juve after their role in the 'Calciopoli' match-fixing scandal that saw them relegated.

Despite the scandal, that same summer Buffon conceded a World Cup record two goals in seven matches and kept five clean sheets as the Azzurri toppled France on penalties in the final to become world champions for the fourth time.

Although Juventus began the following season in Serie B, Buffon remained with the club, a show of loyalty that has given him legendary status among fans.

All that's left to achieve now is winning the Champions League – perhaps a tall order following defeat to Barcelona in last season's final.

Italy legend Dino Zoff, who like Buffon held the Italy captaincy, is the oldest ever winner of a World Cup having played in goal for the Azzurri during their triumphant 1982 campaign at the age of 40 years, four months and 13 days.

He said: “Both of us have won a World Cup but, after losing last season's final to Barcelona I hope he will get another chance to win the Champions League.

“It will be interesting to see if he can achieve what I did at 40 years old. I wish him all the best.” 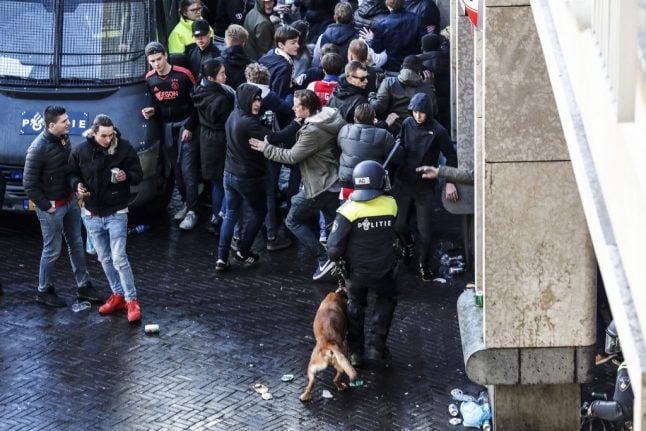