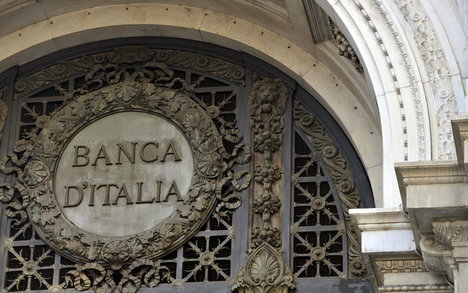 The 'bad' bank will hold toxic loans with a nominal value of €8.5 billion that have since been written down to €1.5 billion. The move will be overseen by the Bank of Italy but the €3.6 billion needed to finance the project will be provided by Italy's healthy banks – UniCredit, Intesa SanPaolo and UBI Banca.

Of the €3.6 billion resolution fund, €1.7 billion will be used to cover some of the banks' original losses, the majority of which have already been absorbed by shareholders.

A further €1.8 billion will be provided to recapitalize the banks and some €140 million will be given to the 'bad' bank in order to provide it with the funds it needs to operate.

The plan is for the good banks to be sold in the near future, allowing the investors in the resolution fund to recover some, if not all of their investment.

“Our clear goal is to sell the good banks to the highest bidder as soon as possible. The process of the sale will be transparent and the proceeds of the sale will go back to the investors in the resolution fund,” Roberto Nicastro, the banker who will manage the project, said.