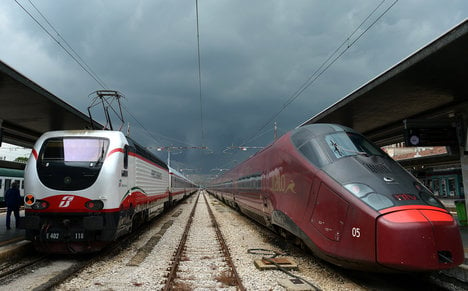 Italy has approved the sale of up to 40 percent of its national railway operator. Photo: Gabriel Buoys/AFP

A government statement published on the Ferrovie dello Stato's website said the Council of Ministers had approved on Monday the company's privatization, but did not give a date for the operation.

The government has previously indicated it plans to proceed with the sale of the stake in the railway in 2016, while the finance ministry recently said it could take place in the second half of next year.

The sale of a stake in the railway is one of the most important features in the government's privatization drive, and follows the successful listing last month of nearly 40 percent in Italy's postal services.

The Italian government should begin next year the privatization of the air traffic controller Enav.

The government is using privatization funds to help pay down its debt which stands at €2.2 trillion.