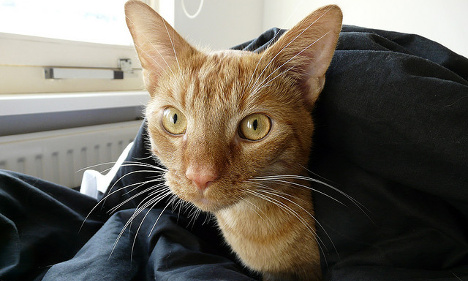 The cats leaped onto the woman's bed to wake her. Photo: Selmer van Alten

The fire broke out on Wednesday night at her home in the small fishing village of Camogli, in the Liguria province of Genoa.

The woman, who lived there alone, was sleeping as flames and smoke spread through the building, but fortunately she was saved by a fire alarm of an unusual sort.

Il Secolo XIX reported that her feline companions tried to alert her to the blaze with their persistent miaowing. When that didn't work, one of the cats jumped onto her lap to wake her. She was then able to get to safety and report the fire to authorities.

Local firemen were joined by emergency services from nearby Chiavari, Rapallo and Genoa to stop the flames spreading to neighbouring houses.

The cause of the fire has not yet been confirmed, but one thing is certain – this woman has a lot to thank her cats for.