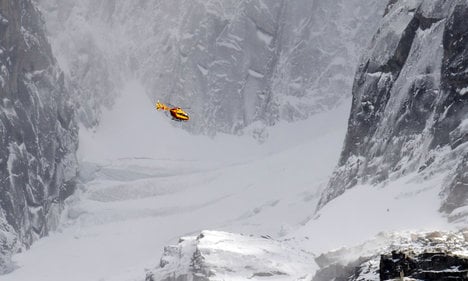 In Val Soana, not far from Turin, 38-year-old Marco Beltrando died after falling down a steep mountain gully while climbing with a friend on Monday afternoon, La Stampa reported.

The alpinist's lifeless body was eventually recovered from the gully by a rescue team two hours later. Beltrando, a geologist and researcher at the University of Turin, died just one day before his 39th birthday.

In Italy's north eastern region of Alto Adige, a 26-year-old teacher, Sandra Lanthaler, died on Monday afternoon after falling from a footpath while hiking on the 2612 meter peak Cima Bianca.

Lanthaler was hiking along a footpath in good conditions but slipped on a fine film of ice covering a patch of grass.

After losing her balance she fell 200 meters down a steep slope, repeatedly smashing into the rocky mountain face on the way down.

The two deaths marked a black day on Italy's Alps, where another climber was seriously injured after falling ten meters from a glacier while climbing with friends in Bardonecchia, western Piedmont.

According to figures from Italian mountain rescue Cnasas, an average of 40 people die each month in the Italian Alps.