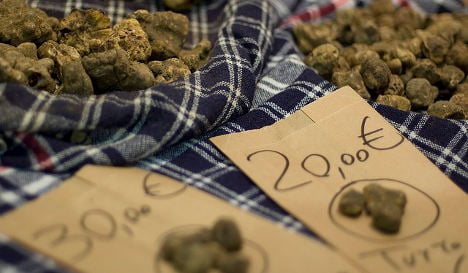 The terror suspect said he was talking about truffles, not bombs, in wiretapped phone calls. Photo: Alessandro Giannini

Officers from Digos, Italy’s anti-terror squad, intercepted phones calls Muhamad had with contacts in Norway, during which they were allegedly overheard planning attacks in Europe, instead using the word “truffles” for “bombs”.

But during three hours of questioning by a magistrate on Thursday, Muhamad said: “I was talking about actual truffles,” according to a report on Ansa.

Muhamad is accused of helping at least 11 people gain illegal entry into Italy, providing them with fake documents and accommodation in Bari between March and September.

He is being probed, along with at least 10 other suspects, of abetting illegal immigration.

Muhamad is also suspected of being linked to the members of Ansar Al Islam, a terror cell founded by Najmuddin Ahmad Faraj, also known as Mullah Kreka, who were arrested across Europe in November. Six were arrested in Italy, four in Britain and three in Norway on suspicion of trying to spring Kreka out of detention in Norway.

Muhamad was released from an Italian prison in January this year after serving ten years on international terrorism charges. He won an appeal against a deportation ruling, and moved to Bari.