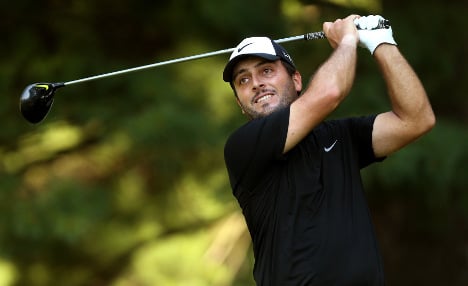 Some of the world's top golfers, including Justin Rose, were among the first to congratulate Rome after the Italian capital became only the third host from continental Europe to be chosen to stage the biennial tournament between Europe and the United States.

Rome successfully beat off rival bids from Austria, Germany and Spain and the 44th edition will now be played at the Marco Simone club, located 17km from the capital and which boasts a bird's eye view of Saint Peter's Basilica from the 17th tee.

The Ryder Cup committee's announcement came the same morning the Italian Olympic Committee (CONI) unveiled their logo for Rome's bid to host the Olympic Games in 2024.

Although hosting the Ryder Cup could give the Rome 2024 campaign a gentle push, the legacy the tournament would leave behind is what most excites the future hosts.

“We are a country of 60 million people and we have only 100,000 golfers,” Rome's bid co-ordinator Marco Durante told AFP on Monday.

“There is massive potential to expand the game. Hosting the Ryder Cup will be a great push for our golf movement, and increase participation in our sport.”

In practical terms that means bringing golf, regarded as an elitist sport in football-mad Italy, to the masses: not an easy concept when the majority of clubs are privately-run and often off-limits to aspiring golfers, especially those on a budget.

But Durante added: “The development of the game throughout Italy was an integral part of our bid and we have plans to expand existing initiatives to promote the sport.

“We want to improve access for aspiring players by building driving ranges and introducing golf into schools. We already have an agreement with the ministry of education about including golf in the school programmes.

“Legacy is of paramount importance to me. We'll focus our campaign on explaining what golf is all about, because many people are unaware.

“We will emphasise its health benefits and the positive effects of playing a sport in which respect for the game, and others, is fundamental.”

There are exciting times ahead for the hosts, who are also looking back fondly at 1993 when Costantino Rocca became the first Italian to play in the tournament at The Belfry in England.

The United States won that edition, but Rocca was in Europe's winning teams of 1995 and 1997 and in the latter famously beat Tiger Woods 4 and 2 in the final day singles at Valderrama.

Since then, brothers Edoardo and Francesco Molinari have been Italy's flag-bearers and were involved in the narrow victory at Celtic Manor in 2010.

Like Rocca, Francesco overcame the threat of Woods when he won by a half point in their final singles match to help Europe to victory in 2012 in the 'Miracle of Medinah'.

Francesco Molinari said: “The interest in golf has been growing the last few years and we've been lucky to be part of that movement…. hosting the Ryder Cup will be a huge boost for Italian golf.”

His brother Edoardo was quick to thank some of the many professionals who had backed Rome's 2022 campaign.

He posted a Twitter message earlier which read: “Thanks Justin Rose for your support of #rydercup2022 in Rome. Looking forward to seeing you play there!”

Italy boasts a number of top amateurs but come 2022 it could be time for Matteo Manassero and Renato Paratore — the latest Italian talents to shine on the European tour – to follow in Rocca's footsteps.