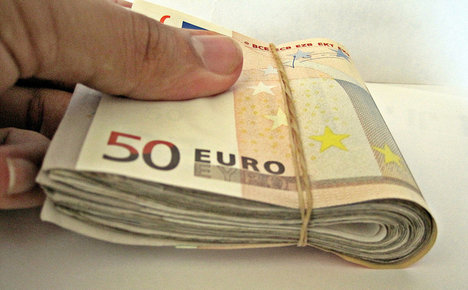 The bosses' group urged the government to initiate a clampdown, highlighting research which calculated that 99 percent of taxpayers face virtually no risk of being subjected to spot checks.

Confindustria in-house think-tank, CSC, calculated that by halving the losses to evasion and returning the savings to taxpayers, the government could have added 3.1 percent to the country's economic output and generated 335,0000 new jobs in this year alone.

The report suggests the scale of tax dodging in Italy is considerably larger than previously thought with the government's most recent estimate having put the losses at €90 billion a year.

According to the CSC, the biggest losses, around one third of the total, are incurred because of non-payment of value added tax (€40 billion).

Non-payment of payroll taxes costs some €34 billion and non- or under-payment of income tax €23 billion.

Confindustria's report said the shortcomings of the country's tax administration was the main cause of the losses.

“Controls are aimed at raising cash rather than having a deterrent effect, to the point that 99 percent of taxpayers risk being controlled only once every 33-50 years,” said Luca Paolazzi, one of the report's authors.

Paolazzi said the government could also improve tax collection by creating incentives for companies to switch to online filing of VAT returns and encourage the use of electronic means of payment, reducing the dependence on paper receipts to track cash payments.

Its researchers see a slightly anaemic recovery from recession continuing to be underpinned by low energy prices, a weak euro and loose monetary policy.

They said it was likely definitive data would show growth this year to have been stronger than reported so far. But they also warned of downside risks in the coming years in the event of a worse-than-expected slowdown in China and other emerging economies, an escalation of the conflict in Syria and increased fears of terrorist attacks in Europe.