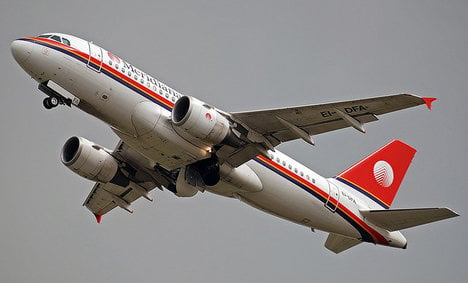 A wheel fell off a passenger jet onto a Sicilian beach on Thursday morning. Photo: Pieter Van Marion/Flickr

The incident took place shortly after the Boeing 737-36 Meridiana jet took off from Catania's Fontanarossa airport at 9.28am.

But shortly after take off, the plane experienced a severe technical fault, resulting in one of its rear wheels falling off.

The wheel landed on Della Plaia beach, which was fortunately empty at the time.

The beach is crowded during the summer months, during which time a similar incident would probably have resulted in tragedy. After the wheel fell, the pilot realized and immediately turned the jet around, making an emergency landing at Fontanarossa at 10:12am.

The aircraft was carrying 90 people – all of whom were oblivious to the fact that the plane was missing a wheel. So as not to alarm the passengers, the pilot simply told them “a technical problem” meant they had to turn back.

Italy's national agency for aviation safety, Ansv, has launched a full inquiry into the incident, which it described as a “serious safety breach”.

A statement released by Meridiana said that the company was “co-operating fully with Ansv to thoroughly analyze what happened.”

The note also praised the work of the pilot, who they said had “correctly activated procedures to safely land the plane.”

Meridiana also announced that it had done everything in its power to avoid inconveniencing passengers. The company said that 78 passengers left on the next possible Milan-bound flight, while the remaining 12 finally took of at 3pm.