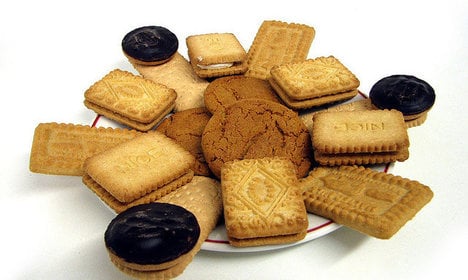 An elderly Italian died in her wardrobe while trying to find some biscuits. Photo: Caro Wallis/Flickr

The incident happened in the town of Povoletto in the north-eastern province of Udine on Wednesday evening, after the woman's son had moved the biscuits in an attempt to improve his mother's diet.

The son was worried that the sweet snacks could prove fatal to his mother, who suffered from diabetes, Udine Today reported.

While his intentions were noble, the biscuits did indeed prove fatal to the sweet-toothed pensioner.

As she rummaged around her house in search of the biscuits she decided to check inside the wardrobe.

But soon after entering, she got stuck and died shortly afterwards.

The coroner said the woman had suffocated to death as her body weight had pressed her against the clothes inside.

Firefighters were called to remove the woman's body from the wardrobe.