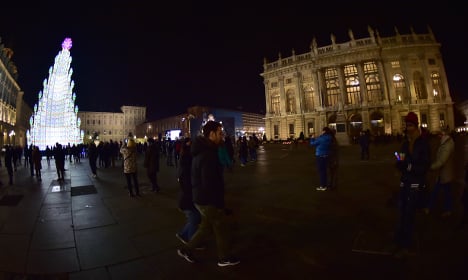 Police evacuated the historic Mole Antonelliana building which houses the National Museum of Cinema after receiving a tip-off purportedly from a supporter of the Islamic State jihadist group that a device would explode mid-morning.

Streets were sealed off around the 19th-century building, a famous Turin monument, but a bomb disposal squad declared the threat a hoax after a thorough search of the premises turned up nothing.

Before the all clear could be given, a second call to police warned of a bomb planted at a shopping centre on the outskirts of the city, packed with thousands of people doing their Christmas shopping.

The call was traced to a phone-box in the Lingotto neighbourhood, the same area of the city the first call came from. Police decided not to evacuate but perform a sweep of the shopping centre, which again found nothing.

A bomb squad closed off streets in Lingotto last week amid reports of an explosive device in front of a shop which turned out to be fake, media reports said.