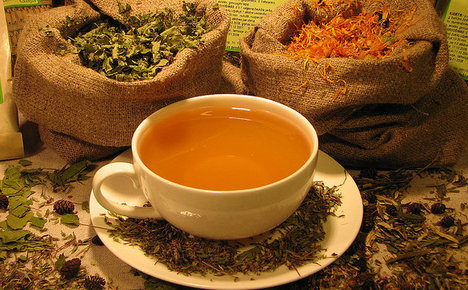 A herbal tea on sale in Italy has been pulled from the shelves after a bus driver tested positive for cocaine after drinking a cup. Photo Ruta and Zinas/Flickr

The shock discovery was made earlier this month after a 38-year-old bus driver from Genoa named Roberto tested positive for the illegal stimulant after undergoing a routine drugs test, La Repubblica reported.

But the bus driver had enjoyed an exemplary 10 years of service at the Genoa transport authority, Amt, and protested his innocence to the company doctor.

The bus driver said the only reason he might have failed his test was because the day before he had drunk a large cup of “delisse alla coca”, which he often brought from an ethnic food store in the centre of the city.

The bus driver told the medic the morning before he had made a brew using two teabags, and that he enjoyed the tea because it made him feel more alert at the wheel.

The company doctor, not wanting to see him suspended, asked him to bring two tea bags to his office, after which he made himself a brew and drank it.

The next day the doctor performed a drugs test on himself and promptly tested positive for cocaine.

The doctor then alerted Italy's food police, Nas, who sent an officer to the ethnic food store to buy a box of 'delisse alla coca' tea so that it could be analyzed.

The owner had all the relevant documentation and had been buying the tea from a Milan-based Peruvian wholesaler for years and selling it at the shop.

After testing the teabags, police said it was made with small quantities of cocaine leaves and contained not insignificant amounts of the active ingredient of the drug, cocaine hydrochloride.

The authorities immediately labelled the product “potentially dangerous” and reported that its effects would be strong enough to impair a motorist's judgement.

They were stunned to discover the tea had passed all customs' controls for years and have now ordered it to be removed from shops. They are also investigating the sole Peruvian importer who was bringing the tea into the country.

In Peru, cocaine-based teas such as 'delisse alla coca' have been enjoyed for thousands of years, especially by farmers in the Andes who drink them to reduce the uncomfortable symptoms of altitude sickness.