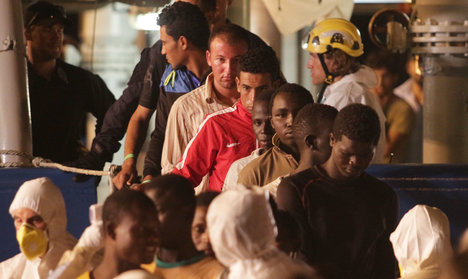 The Italian coastguard rescued 650 migrants off the coast of Libya on Tuesday. Photo: Marcello Paternostro/AFP

The coastguard rescued 360 people from three rubber dinghies, while the Doctors Without Border's boat Bourbon Argos picked up another 96 and 95 migrants from rickety vessels adrift off Libya.

The Italian navy said one of its vessels had rescued another 100 migrants and recovered a body.

More than one million migrants and refugees reached Europe this year, including over 970,000 who made the dangerous journey across the Mediterranean, the UN refugee agency said on Tuesday.

A total of 3,692 migrants died or disappeared crossing the Mediterranean sea this year, the International Organization for Migration said.