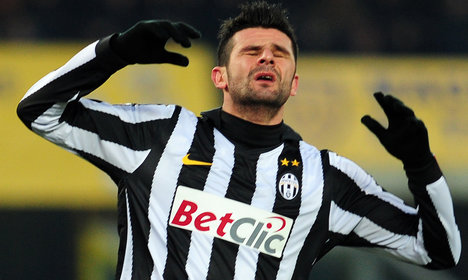 Among those indicted in the Bologna mega-trial are gangster bosses, businessmen and ex-footballer Vincenzo Iaquinta, who played for Italy when it won the World Cup in 2006.

The ex-striker is charged with possessing illegal firearms and both he and his father are accused of having ties to the southern Italy-based crime group.

It is credited with controlling much of the world's cocaine trade and has been expanding into the richer north for at least the last three decades.

Judge Francesca Zavaglia said the trial would begin on March 23rd. A further 71 people also accused of ties to the mobsters in the so-called Aemilia case will begin a separate fast-track trial on January 11th.

Nearly 240 people were placed under investigation during the police probe, many suspected of having helped the 'Ndrangheta profit illegally from reconstruction projects in the Emilia Romagna region after two deadly earthquakes in 2012.

Police believe the group – which they describe as the most active, richest and most powerful syndicate in Europe – uses legitimate activities in the north to recycle the huge amounts of cash their drugs business generates.