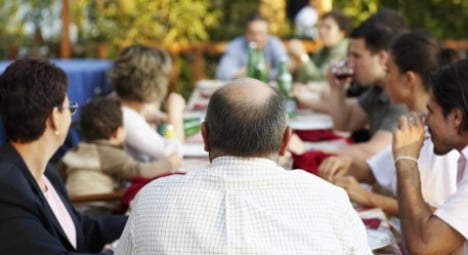 A study has shown that just one third of Italy's youngsters follow a traditional Mediterranean diet. Photo: Shutterstock

The study, published in the journal Eating and Weight Disorders this month, revealed that less than half of all Italians now follow the Mediterranean diet, with only a third of those aged 15-24 conforming to the traditional and healthy way of eating.

The famed Mediterranean diet is less a strict set of dishes and more a general nutritional model based around seasonal fresh fruit and vegetables, olive oil, pulses and seafood.

But the study, carried out by scientists at Rome's University of Tor Vergata, suggests that these dishes are disappearing from Italian tables.

Thirty-one percent of Italy's youngsters who were interviewed for the study even professed a preference for so-called 'Western' diets, typified by their high red meat content.

The health benefits of the Mediterranean diet were first put forward in 1970, after almost 20 years of research, in The Seven Countries Study in 1970.

The study revealed that there was a strong correlation between the diets of southern Italy, Greece and the Dalmation coast and a lower incidence of coronary heart disease and strokes.

“As part of that study, an index measuring to what extent Italians followed a Mediterranean diet gave average scores of eight out of 10,” Antonino De Lorenzo from Tor Vergata University told La Repubblica.

To put that into context, in the US – a country that has no tradition of the Mediterranean diet – people average a score of one.

The health implications of Italians' abandonment of traditional ways of eating in favour of a westernized diet appear pronounced.

Figures show that one third of all Italian children under eight is obese – giving Italy the second highest childhood obesity figures in the OECD, after Greece.

But according to De Lorenzo, childhood obesity is just the tip of the iceberg.

“Istat [the national statistic agency]  figures show that in 2015 there were more than 66,000 more unexplained deaths than in 2014 – one hypothesis for this is that the changing diet is one of the causes.

“The diet industry and mass media have a lot to do with it – but how many lives do we need to lose before we return to a healthy way of eating?”