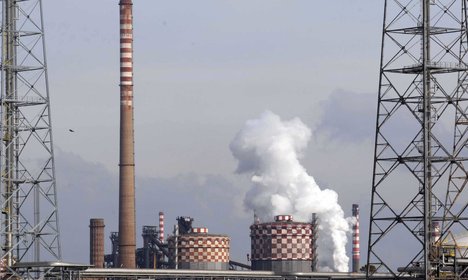 The government's call for bidders was published in several Italian and foreign dailies on Tuesday, notably in the United States and Britain. Would-be buyers have from January 10th to February 10th to submit offers, individually or in an alliance.

Italy's Marcegaglia, Arvedi and Amenduni, Switzerland-based Duferco, and ArcelorMittal, the world's largest steel producer, are all potentially interested in the plant in the southern city of Taranto, according to Italian media reports.

Economic Development Minister Federica Guidi gave the green light on Monday to the sale of the debt-plagued steelworks, which has been under special administration since 2013.

Any deal would have to ensure production continues, jobs are largely protected and environmental rules are respected.

A government decree in December set the deadline for completing the sale at June 30th and stipulated that €300 million would be loaned to the mammoth plant from the state's coffers to “facilitate the transition phase”.

“The government is banking on an Italian alliance to counter the foreseeable offer from the Franco-Indian multinational ArcelorMittal,” La Repubblica said.

The plant used to churn out an estimated nine million tonnes of steel per year – about a third of the country's total production.

But experts fear a sale is far from certain in light of the currently depressed state of a global steel industry blighted by chronic over-capacity.

“Who will take on a company which loses millions each month – some €16 million today but €50 million a month in the past – which has very strict rules concerning pollution and which still has one furnace impounded?” La Repubblica asked.

The site, which provides work for some 14,000 people, was placed under special administration after the Riva family which owns it was accused of failing to prevent toxic emissions from spewing out across the town.

A mega-trial opened in October of industrialists, politicians and officials blamed for pollution from the plant that caused at least 400 premature deaths.

But many locals want the plant to remain open for fear of the consequences of closure in an area with an already towering unemployment level.