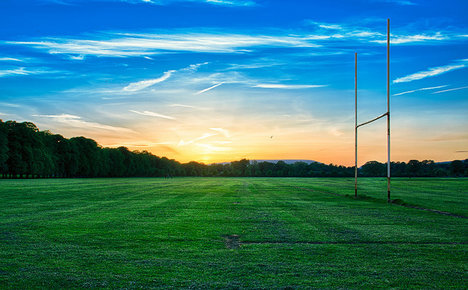 An Italian rugby team made up mostly of refugees have been admitted into Italy's Serie C1.Photo: Dave Griffiths/Flickr

The new outfit, Le Tre Rose from Casale Monferrato in Piedmont, was initially forbidden from playing in the Serie C league because federation laws state that each squad can only have one foreign player, Il Fatto Quotidiano reported.

The rules were designed to support the development Italian rugby talent at grassroots level, but they had blocked the team from starting the season as 80 percent of the squad is made of African refugees who have fled wars and persecution to find a better life in Italy.

The squad was therefore forced to spend two months petitioning the Italian Rugby Federation and the Italian Olympic Committee (Coni) in order to get the go-ahead to compete.

The rules were finally waived in December.

The rugby federation said that special dispensation had been granted for Le Tre Rose as the squad represented an important opportunity for social integration.

“Support and solidarity for friends are without doubt characteristics of the sport and so we accepted their request,” the federation's president, Alfredo Gavazzi, said.

“Our primary aim is to promote the game of rugby and through the game teach values typical of the sport.”

Although the team has permission to compete, it will be prevented from advancing to Serie B should it finish in the playoff positions at the end of the season – due to its extreme majority of foreign players.

However, here is little risk of the team finishing anywhere near the top of Serie C.

Most of the refugees playing for Le Tre Rose hadn't seen a rugby ball before setting foot in Italy and had to learn the game from scratch with the help of enthusiastic local players.

In their first game, played at the end of December, the team lost 85-7 to Acqui Terme – one of the league's high flyers. They fared slightly better in their second outing against Novi Ligure going down just 37-0.

But clearly, at this stage at least, results don't matter.

“Above all else it's about playing,” club manager Luca Patrucco said. “Being here is already a miracle.”