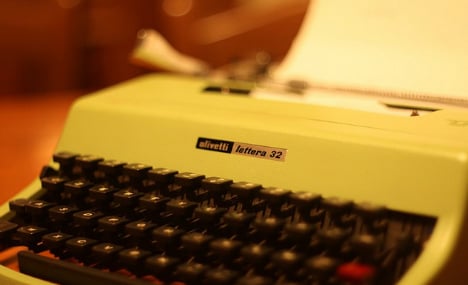 The trial of 17 ex-managers of Olivetti over asbestos-related deaths has got underway in Italy. Photo: Luca/Flickr

The group, which includes Franco De Benedetti, the current chief of scooter manufacturer Piaggio, worked for the company between the late 1970s and 2000.

De Benedetti was president of Olivetti between 1978 and 1996.

If found guilty they face charges of manslaughter over 14 confirmed asbestos-related deaths which all occurred since 2005.

“Olivetti knew about the risks posed to workers for years, but did not respond until it was too late,” prosecuting magistrate Laura Longo told La Stampa.

The prosecution team has amassed some 36,000 pages of evidence, which spans 50 years of the iconic brand's history and includes oral testimonies from employees working across a number of departments.

The first hearing will take place on Monday, after which one hearing will be scheduled each week until a ruling is reached.

Given the large number of those involved in the case, including the families of the deceased, trade unions who represent them and city hall representatives, the sessions are being heard in the hall of Gramsci secondary school as Ivrea's courtrooms are not large enough.

Olivetti, a producer of computers, typewriters, fax machines and calculators, was founded in 1908 and became Italy's largest electronics manufacturing company, renowned for its innovative design.

The company was acquired by Telecom Italia in 2003.

The case against Olivetti has been mounting since 2005, when retired employee Lucia Delaurenti, who worked for the company between 1965 and 1980, died of malignant mesothelioma, a form of cancer linked to asbestos exposure.

This is not the only recent inquiry into asbestos-related deaths embroiling a giant of Italian industry. In July last year, eleven former managers at the tyre manufacturer, Pirelli, were convicted of manslaughter after 24 workers died due to asbestos exposure.