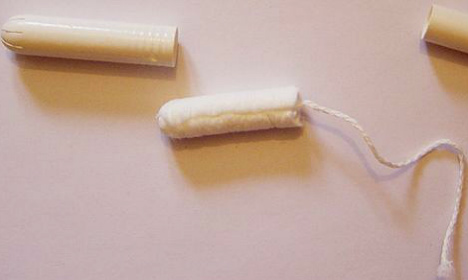 A political party in Italy has launched a campaign to reduce taxes on women's sanitary items. Photo: Wikimedia Commons

That's the equivalent to the amount of tax they'd pay on an I-Pad or new coat.

But all of that could be about to change.

On Tuesday, Possible, a new party formed at the end of last year by ex-Democratic Party politician Giuseppe Civati, launched a campaign to reduce the amount of tax on sanitary products to what it sees as a more reasonable rate of four percent.

“We are asking that these hygienic products be seen for what they are: essential goods,” party member Beatrice Brigone told La Stampa.

In Italy, products deemed essential goods – a list which includes things like rice, bread, pasta and some oral hygiene products – are subject to a much lower tax rate.

“Tampons are already subject to reduced rates in other countries,” Brigone added.

Around the world, the tax rate on female sanitary products vary wildly. In Australia, a 10 percent goods and services charge is added.

In the UK, the rate was reduced to five percent in 2000, while in Ireland no tax is applied at all as the country set the rate at zero before entering the EU, which stipulates that the tampon tax rate must be no lower than five percent.

Italy will therefore face an uphill struggle to reduce its tax rate to four percent – as doing so would require the agreement of all 28 EU member states.

The so-called 'tampon tax' levied in most countries is fast becoming a political hot-potato.

In October, French politicians voted against lowering the the whopping 20 percent tax, which they reported was worth €55 million a year in revenue for the country's coffers.

But after a series of fierce protests, politicians eventually back-tracked, slashing the tax to a more reasonable 5.5 percent, in line with other European countries such as Spain and the Netherlands.

Now many Italians are asking why their government can't do the same, and Possible seems to be the only party calling on parliament to reconsider the tax.

A separate petition on the website Change.org has gathered over 8,000 signatures of a target 10,000 in favour of lower tax rates to send to Finance Minister Pier Carlo Padoan.