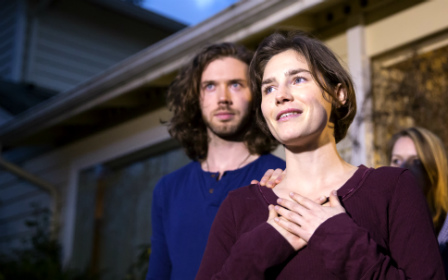 Amanda Knox has been cleared of slandering Italian police officers and a prosecutor. Photo: Stephen Barashear/AFP

Knox, who shared a student house with Kercher in the Italian city of Perugia, served four years in prison for participating in Kercher's killing before being released on appeal and then finally definitively acquitted last year.

Knox, 28, retains a conviction for slandering a Congolese bar owner she incriminated in Kercher's murder. She later said that claim had been extracted under duress during an interrogation in which she was yelled at, slapped and threatened by police.

It was that claim which led to the slander charges but a judge in Florence ruled on Thursday that the comments did not constitute slander.

Local media quoted Knox's lawyers as saying the former student, who is now working as a journalist in her hometown Seattle, was “very happy with the acquittal”.