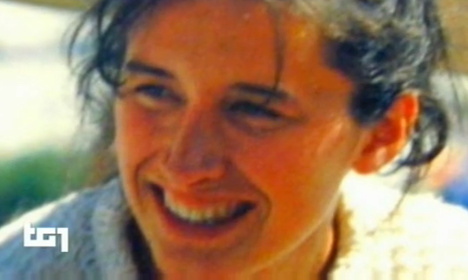 After nearly 30 years, the family of a murdered student is relieved that the case may have reached a conclusion, Varese News reports

Lidia Macchi, a 21-year-old law student at the University of Milan, was raped and killed with 29 stab wounds on the evening of January 5th, 1987 in a wood close to the car park of the Cittiglio hospital in Varese, Lombardy, where she had gone to visit a friend.

On Friday morning, her alleged killer – an ex-classmate – was arrested, partly thanks to evidence given by a handwriting analyst and a confessional poem written by the man.

Stefano Binda, 48, who had been investigated in August last year, is an unemployed philosophy graduate and heroin addict who lived with his retired mother in Brebbia, close to Varese.

Police officers found diaries and “incriminating” writings in his house. One of the main pieces of evidence was a poem titled ‘In morte di un’amica’ (On the death of a friend), which describes the scene of the murder and is rife with religious imagery, including one verse in broken Latin.

A copy of the poem was sent to Macchi’s parents on the day of their daughter’s funeral. Both the poem and a sheet of paper reading “Stefano is a barbaric murderer” are allegedly in Binda's own handwriting.

The arrest order was issued by Milan Attorney General, Carmen Manfredda, who reopened and led the investigation in 2013.

A statement from the prosecutor's office said that the murder was committed “for trivial and abject reasons”.

Outlining the events of the night of the murder, the statement read: “After meeting Lidia Macchi in a car park at the Cittiglio hospital… after consummation of sexual intercourse obtained by threat and force, the suspect attacked her repeatedly, attacking her in the throat, neck and chest and, later, when the girl tried to escape, in the left thigh and the back area, with a number of stab wounds, which caused the victim numerous injuries which led to her death by anaemia and asphyxia after painful agony…”

The statement suggested that the rape and murder were carried out because Binda believed Macchi had broken a chastity vow by having sex.

Both Binda and Macchi belonged to the conservative Catholic movement, Communion and Liberation (CL). The CL logo was used to 'sign' the poem sent to Macchi's parents.

The decision to make the arrest on Friday was taken by judge Anna Giorgetti due to “flight risk”. Giorgetti also noted that “it is possible that Binda is capable of exercising pressure on witnesses, including via third parties. He is lucid, calculating, cold, and can wait with icy patience; in other words he could be dangerous.

“The evidence gathered makes the risk of repetition of offences of the same nature or other crimes highly likely.”

Macchi’s mother, Paola, spoke about the apparent resolution of the case on Rai Uno. “We’ve waited thirty years, but finally light has been shed on Lidia’s murder. The Milan prosecutor's office has worked in silence, but they’ve been working hard.”