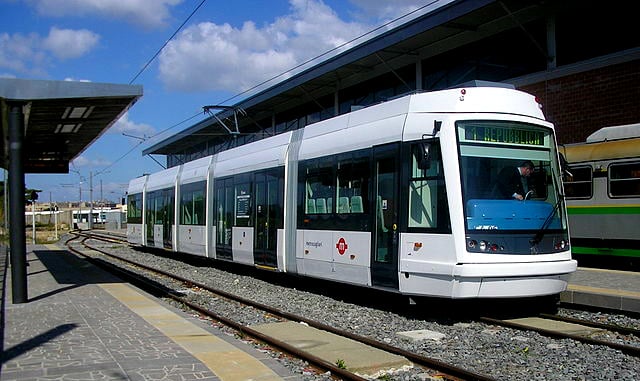 The two people seriously injured in the smash were a driver – who had to be cut from his smashed cockpit – and a female passenger, Corriere reported. Others suffered only minor injuries.

The trams were carrying 150 passengers between them along a single track in the city centre when they collided shortly after 8am.

It is thought that both trams ended up travelling towards each other on the single track due to a points failure as one rounded a bend.

Both trams were travelling at speeds of between 30 and 40 kmph when they collided.

The force of the sudden crash caused passengers – mostly morning commuters – to be thrown to the floor, and against walls and each other.

“We suddenly crashed and were all thrown to the floor,” a student passenger told Corriere.

“Someone managed to open the doors and we all rushed off the tram.”

A worker from Sardinia's transport authority, Arst, told the newspaper: “We are waiting to get the black boxes from the trams so we can have a better idea of what happened. Only then will we be able to say for certain.”

“Certainly the two trains should not have been on the same stretch of track,” the worker added.