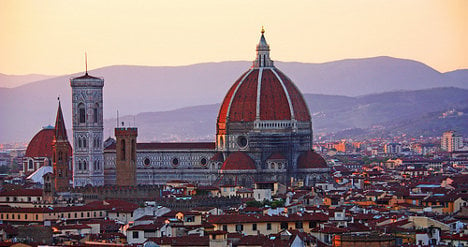 The man claimed that the Anonymous group had foiled an Isis attack in Florence. Photo: Trioptikmal

The 29-year-old from Aosta took to Twitter on December 28th to announce that the group, a loosely connected international network of hactivists, had foiled the attack by Isis extremists.

He tweeted using the @OpParis account, created after the November 13th Paris attacks and which police claim was created by the computer expert.

The man wrote: “In this month we are working in silence. We have already foiled 1 attack #ISIS against #Italy, we hope to block others.”

He then repeated the claims, telling an Italian news website that Isis had planned the attack in Florence.

But Anonymous hactivists were quick to distance themselves from the claims.

“Our modus operandi has never been to release personal statements,” they wrote on Facebook, adding that if they had found any information about a potential attack then they would hand it over to police.

The man faces charges of criminal association for the purposes of illegally accessing and damaging computer systems.

Italy, the target of persisent threats by Isis, has been on heightened alert since the Paris attacks, with soldiers patrolling key cities and security tightened at borders, airports and train stations.