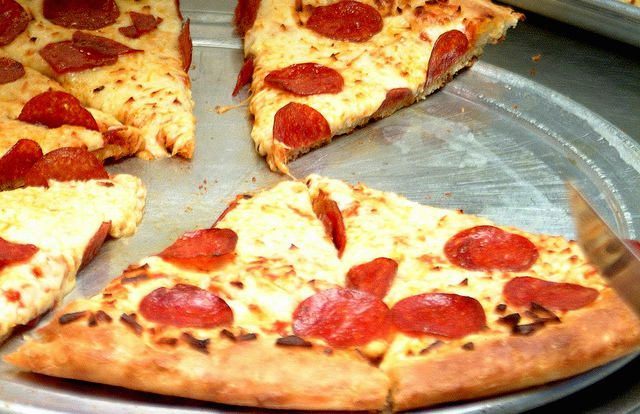 School children in Milan led a protest against the terrible food being served in their school cantens. Photo: rob_rob2001/Flickr

Pizza may be among Italy's national dishes but children across three schools in Milan were so unhappy with the taste of those being served up at school each Thursday that they held a protest.

At the behest of their parents, some 220 children – or 30 percent of all the schools' total – refused to eat the pizza.

The aim was to send a message to Milano Ristorazione, the catering company that provides school dinners, to get the firm to provide a healthier menu, La Repubblica reported.

The children were told to ask that they be fed food from the so-called 'menu in bianco' (white menu), which offers white rice accompanied by some boiled chicken and chicken and carrots.

It was a political choice: these foods are traditionally eaten by Italians during bouts of illness, and are often eaten if you have recently suffered food poisoning.

But the protests caused chaos: trays of uneaten pizza went cold while hungry children had to wait for over an hour to get their food as canteen staff struggled to cope with the unexpected demand for the usually unpopular white menu.

“The aim was to send a strong message of protest to those managing the school dinners service and let them know some of their dishes are inedible,” Silvia Sardone, local councilor for the Forza Italia party, told La Repubblica.

Sardone singled the pizza out for particular criticism – describing it as “cold, rubbery and often uncooked.”

But parents were also concerned that all the meals offered by the canteen revolve around pre-prepared, cheap and heavily processed foods like fish fingers and meatballs.

“It's not just about pizza, it's about the quality of their menu as a whole,” Sardone added.

“We want an inspection of the service and want the menu to be reconsidered. It's unacceptable that our children are forced to eat such low quality food.”

In wake of the protests, Milano Ristorazione said: “We are looking into changing our supplier of pizza.”