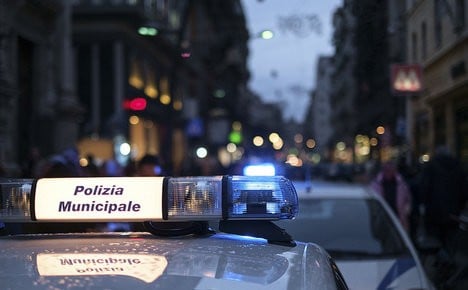 The man was arrested in Cosenza as part of Italy's anti-terror sweep. Police: Raffale Esposito

The man, who had an Italian residency permit but is of Moroccan origin, was allegedly preparing to carry out terrorist attacks, the Cosenza unit of Italy’s anti-terror squad, Digos, said in a statement on Monday.

He had been under surveillance since July, when he returned to Italy after being refused entry into Turkey as authorities there suspected he was planning to travel on to Syria to join Isis militants, the police added.

The street vendor denied being an Isis member, telling police he was going to Turkey “to pray”.

The man, who was arrested early on Monday, was allegedly training himself to carry out terrorist attacks.

Manuals for training terrorists were found in his home in Luzzi, a town in Cosenza province.

The young Moroccan had been living in Luzzi with his parents and four brothers since 2006.