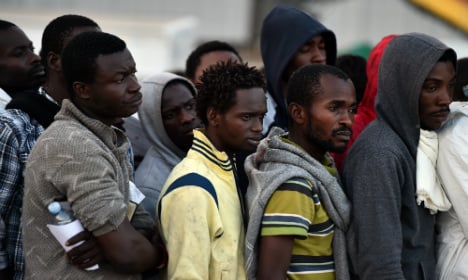 The suspension of the Schengen agreement could prove a disaster for Italy. Photo: Gabriel Bouys/AFP

Such a move is permitted “in the case of exceptional circumstances” under the 1985 treaty governing the agreement.

“Schengen is safe for now,” Italy's Interior Minister Angelino Alfano told La Stampa in the wake of the meeting. “But we only have a couple of months to prevent it being dissolved over national selfishness.”

The result, according to Alfano, would be a huge increase in the number of refugees making the perilous journey to Italy by sea as it would become more difficult for refugees to complete the so called 'Balkan route' – the overland migration trail through southeast Europe towards Austria, Germany and Sweden.

Hundreds of thousand of migrants took the route to northern Europe last year.

“Anyone who thinks Italy should suspend Schengen should realize that we can't put barbed wire in the Adriatic or Mediterranean. The economic damage would be enormous,” Alfano explained.

According to the the UN Refugee Agency (UNHCR), some 153,000 refugees came to Italy by boat in 2015. Many of these arrivals then continued on their journey to France and northern Europe.

La Stampa suggested that as many as 400,000 migrants could arrive in Italy in 2016 if Schengen is suspended, but Alfano refused to comment on the figure.

“It's too early to start talking about that,” Alfano said. “There are still too many unknowns.”

But it's not just the cost of housing and processing refugees that will damage Italy.

Policing borders is an expensive business. Not only does it cost money to set up controls, but inspections also have a secondary impact in the economic cost of border wait times.