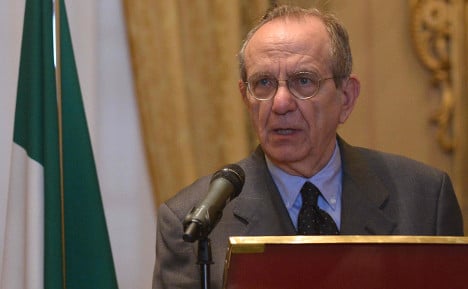 “An accord has been reached with the EU on a guarantee mechanism for bad loans,” Padoan said after nearly five hours of talks in Brussels with European Competition Commissioner Margrethe Vestager.

“I welcome the accord which we reached today with Minister Padoan on the terms of putting in place a guarantee mechanism to help Italian banks face up to bad loans” estimated at around €200 billion ($210 billion), Vestager said.

The detailed technical scope of the accord was not immediately apparent.

Vestager added the guarantees would be established at market prices and would therefore not be regarded as state aid.

Rome had spent more than a year thrashing out a solution with Brussels, having to drop the idea of a “bad bank” in the process which would have contravened EU rules on state aid.

With its debt-laden economy struggling to recover from a deep recession, Italy was keen to reach a solution to aid a banking system forced to set aside capital to cover bad loan losses, limiting lending to households and firms.