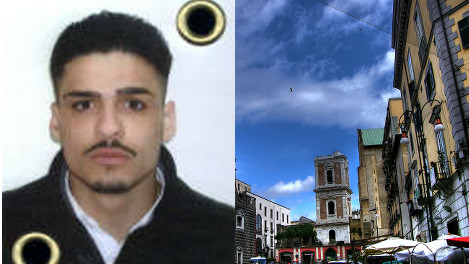 Nicola De Martino was arrested in the picturesque centre of Naples. Photo: Police/Flickr
Nicola De Martino, 23, is accused of being a member of the Camorra organised crime group and was subject to an international arrest warrant for mafia association, drug trafficking and carrying illegal firearms.
Officers arrested De Martino, who has been on the run since 2014, as the young boss arrived at an apartment in the Saviano neighbourhood of Naples where he had set up a meeting with his wife to see his newborn son.
The notorious Camorra, one of the country's oldest mafia syndicates, was dissected and exposed in journalist Roberto Saviano's award-winning novel “Gomorrah” and the acclaimed 2008 film of the same name.